“The film has been really well received and now our affiliates in many different countries are asking if the film can be translated. Are you able to do this? How quickly can I have the adaptation?”

We are asked this very often, and the answer is absolutely we can, and in fact have translated our films into over 15 languages, including German, French, Spanish, Italian, Hungarian, Russian and many more.

Naturally the adapted film should be of the same high quality as the original film, and be fully fit for purpose in the new language. Maybe you need new regulatory information added or exchanged, packshots may need to be substituted with local product packs, and usually on-screen text and voice-overs will require to be translated and the whole film then edited with the new language.

Timelines for the adaptation are typically short and as our editing team are familiar with the films to be adapted, the production process of the new language film can be streamlined. We aim to complete the adaptations with as little effort required by the customer as possible, and very often work directly with the local affiliates from the various countries. Not including any internal approval processes, we aim to complete a language adaptation in around 2 weeks.

The steps to creating a local country adaptation are clearly set out, in an established workflow. These include an accurate translation of all text, on-screen and/or spoken, which is completed either by our in-house team or with an agency with whom we have a close co-operation. We then send the storyboard to the local affiliate to check, and tweak if necessary with any country specific requirements. To make sure you are happy with the speaker for the voice-over, we send a selection of speakers to listen to and choose from, and of course it is possible to listen-in to the recording while it is being made.

So now all the pieces of the language adaption are ready, and our editors can produce the new film, including exchanging any packshots, adding any extra regulatory information, and editing all on-screen text to the new language. Fitting the animations with the new voice-over is one of the important parts of the production and one of the issues with language adaptations can be the length of the voice-over. Voice-overs for different languages can vary substantially in length, however since we have produced the film then we have flexibility to match the film as accurately as possible to the voice-over.

Affiliates in different countries can now benefit from having a film which has text, packshots and regulatory information tailor-made for their market, is consistent with the global, original film, and which can be created quickly and cost-effectively. 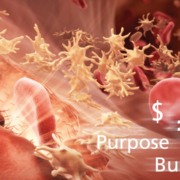 How much does a mode-of-action animation cost?