And we have to say: very few of them are at the top of their game when they get sent our way. Most of them are kind of boring and text heavy, full of bullet points, spreadsheets or confusing charts.

Now, our clients often ask us:

“Why doesn’t my target audience understand what I’m trying to show them with my slides?”

The answer is pretty simple and can be boiled down to three problem areas: the slides are overloaded with information. That information doesn’t follow a clear story. Or the visuals aren’t designed well enough to bring that story to the audience. Unfortunately, usually it’s some mixture of all three.

Okay, so then let’s start with the first slide, where we’ll see how to communicate the key message of complex tables and charts using visual storytelling. The development of escape mechanisms and drug resistances is one of the largest challenges in the treatment of cancer. One way drug resistances develop is via mutations around the binding site of the target molecule. These mutations prevent drugs from binding and inactivating the target molecule. 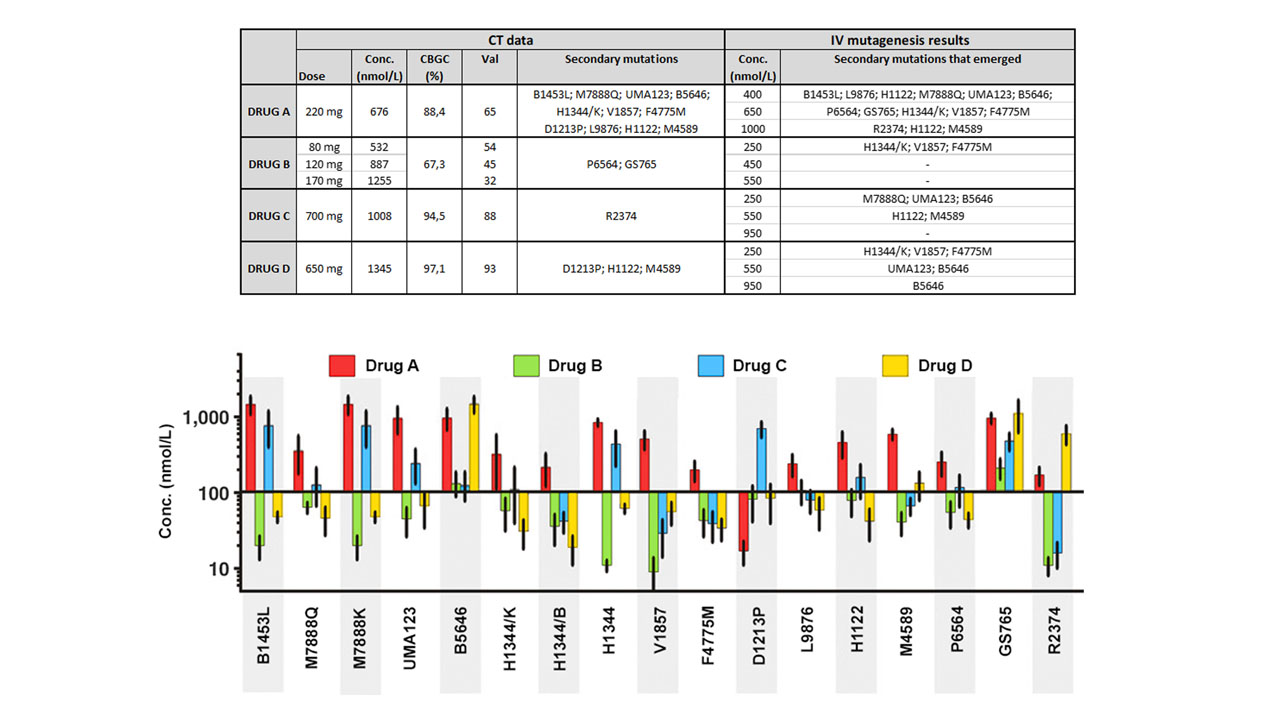 The table and the chart show that only drug A is able to overcome most mutations and can still bind the binding site of the target molecule. But is this core statement really conveyed by the table and chart?

Without carefully examining the chart, the viewer just sees a collection of values and measurements, but the message gets lost.

So what can be done?

Once the audience sees this, they have a visual story to anchor that message in their memory. When they see the chart, they can then already have a clear idea of what it’s telling them.

You have problematic slides in your deck?

If you are a leader in pharma or biotech try it out and send us your most problematic slide out of your deck. We will rework this slide and will come up with a suggestion on how this slide can be improved. This service is free of charge and without any obligation for you!

Send us your slide!